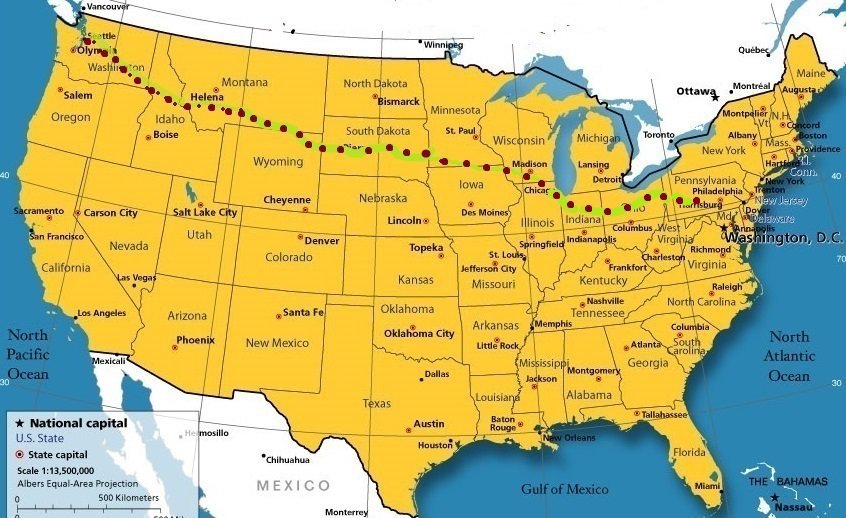 Raising funds for the

Description of the project

Make a tax deductible donation here or send a check made out to the Rosslyn Rotary Club Foundation
(EIN: 46-4238847) to: 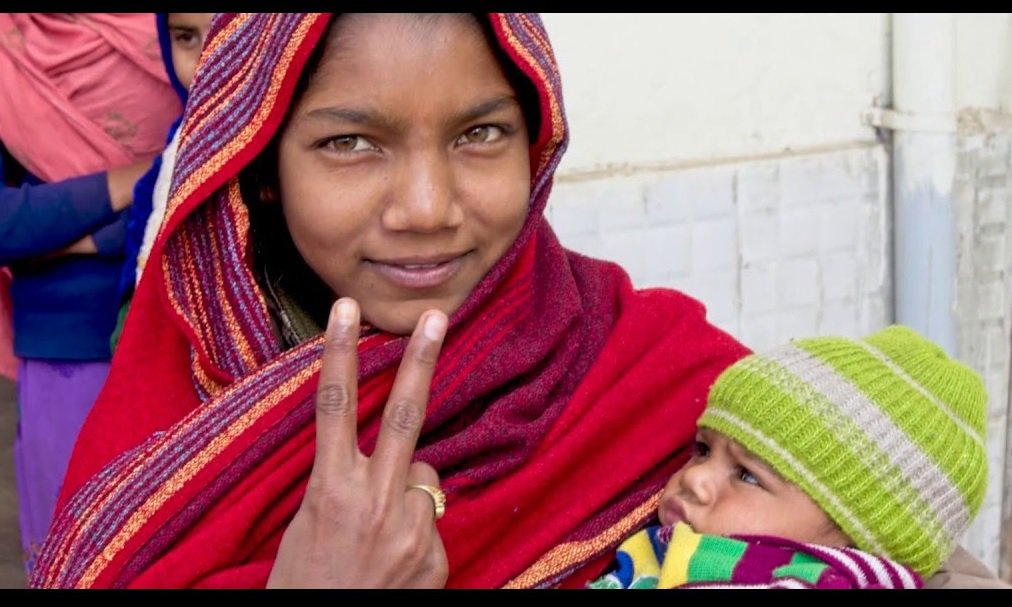 This short documentary, created by Soren and Eriksen Dickens, was filmed on the ground in India showing Rotarians distributing polio vaccine to children.When Rotary began Its global vaccination program more  than 40 years ago, there were more than 350,000 new polio cases a year. Last year there were just 140. That's the power of people helping people. 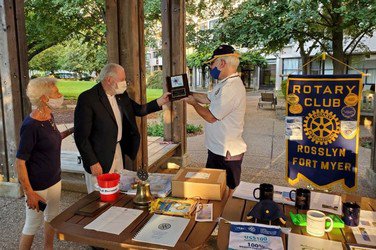 At our first live meeting since March, the Rosslyn-Ft Myer Club met to honor our last founding member, Dr. Merton Bland and (belatedly) celebrate our club's 40th anniversary.  Mert was among the people who established our club in 1989, and has been a Rotarian around the world for over 50 years.  Dan and Judy Burkitt offered their condo building's plaza as an outdoor space that provided room for social distancing.

Janine Bland invited her children to the surprise event for their father and President Randy Fleitman invited current and past District 7610 Governors and Arlington Club Presidents to join us.  Tin Tin and Bilal Raschid came and told us how they met Mert in Pakistan before they came to live in the U.S.  President Randy Fleitman presented Mert with a special lifetime service award plaque and everyone related anecdotes about their experiences with Mert and Janine.

President Randy also took advantage of the live meeting to award plaques to Dan Burkitt and Tim White for their years of service arranging speakers and maintaining our website respectively.  We had to speak up through our masks, but the meeting was safe and we were delighted to see each other again.  We plan to meet in the plaza again in a month or two.  Let's hope the weather is as perfect then as it was last week! 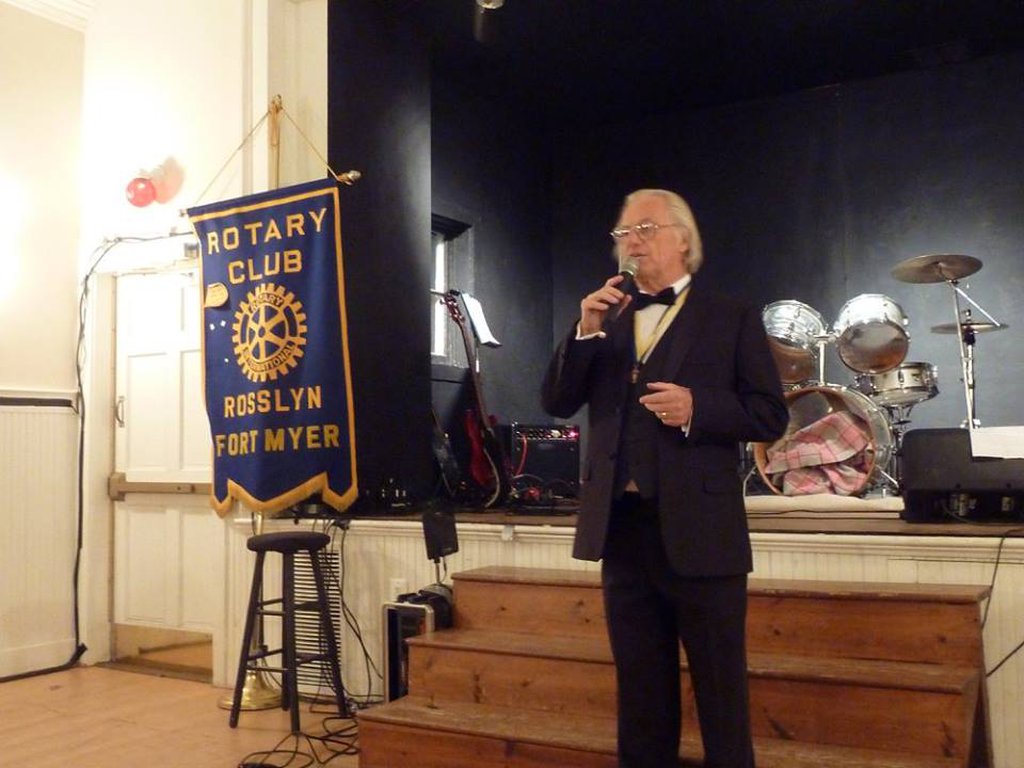 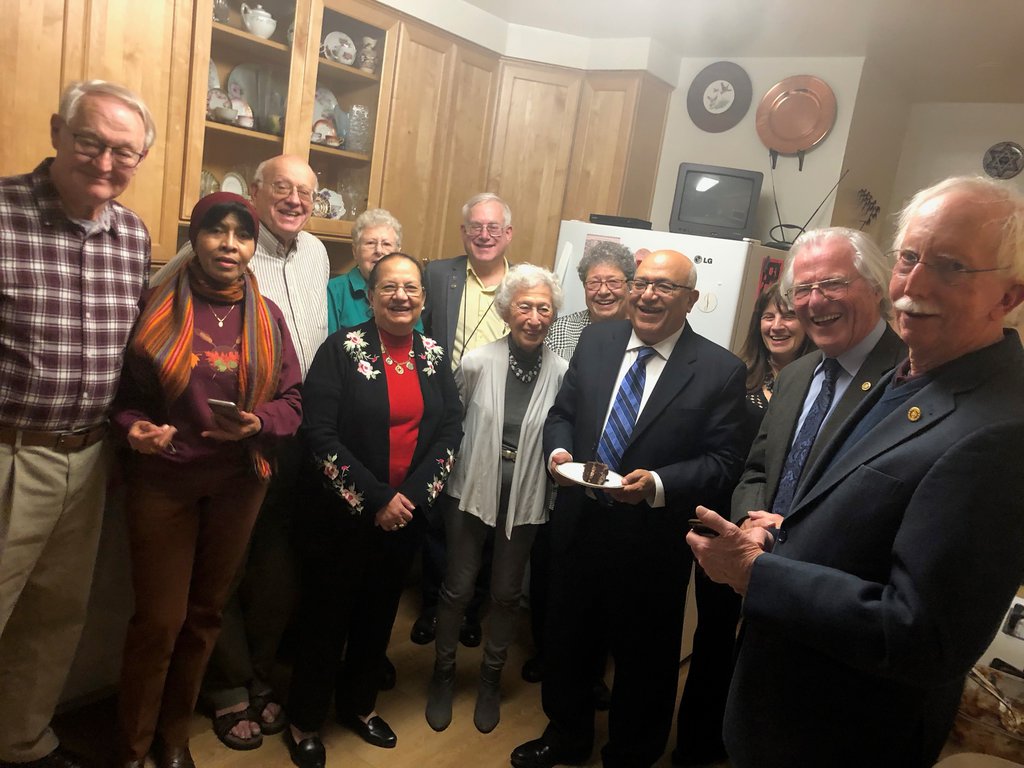 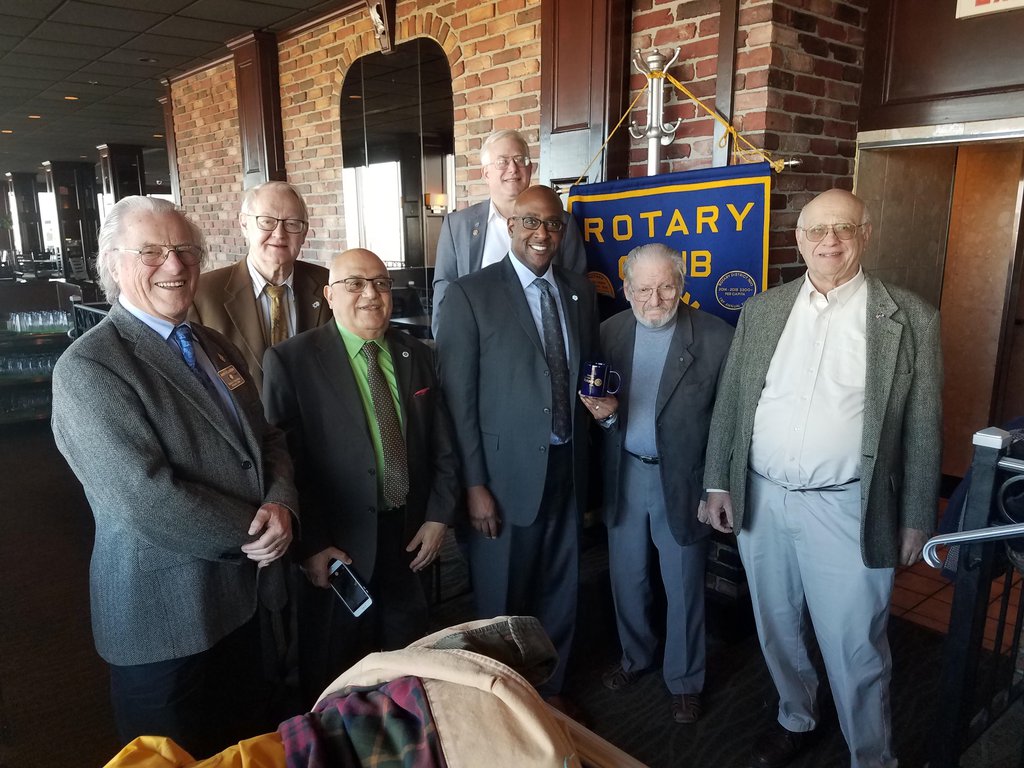 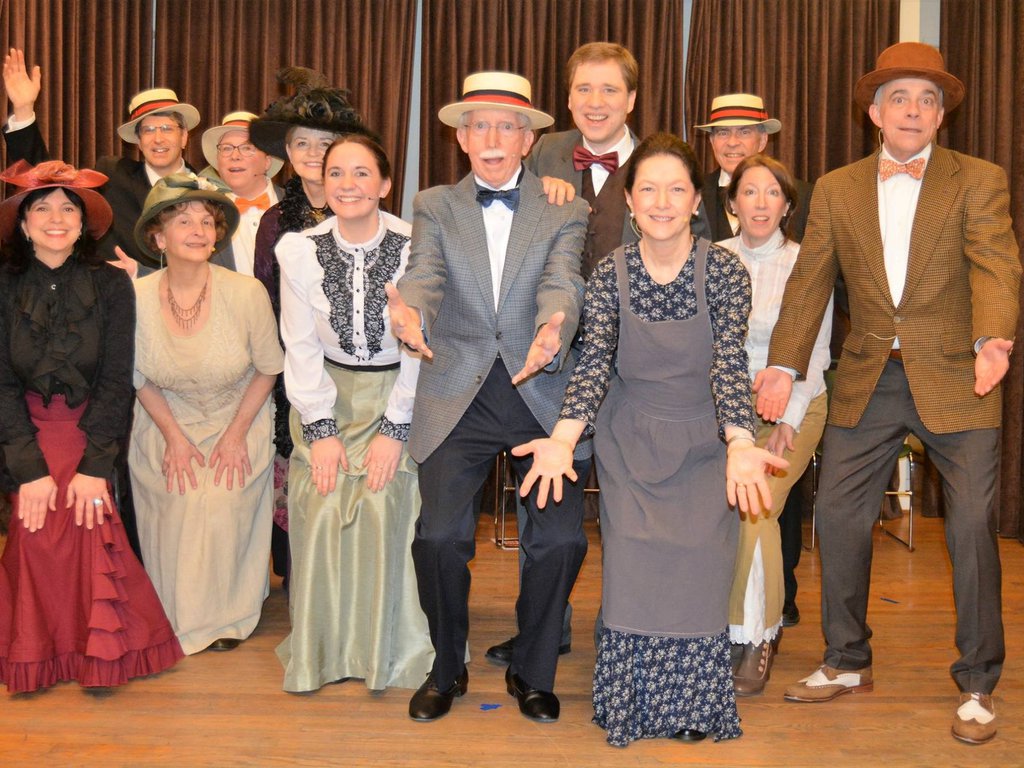 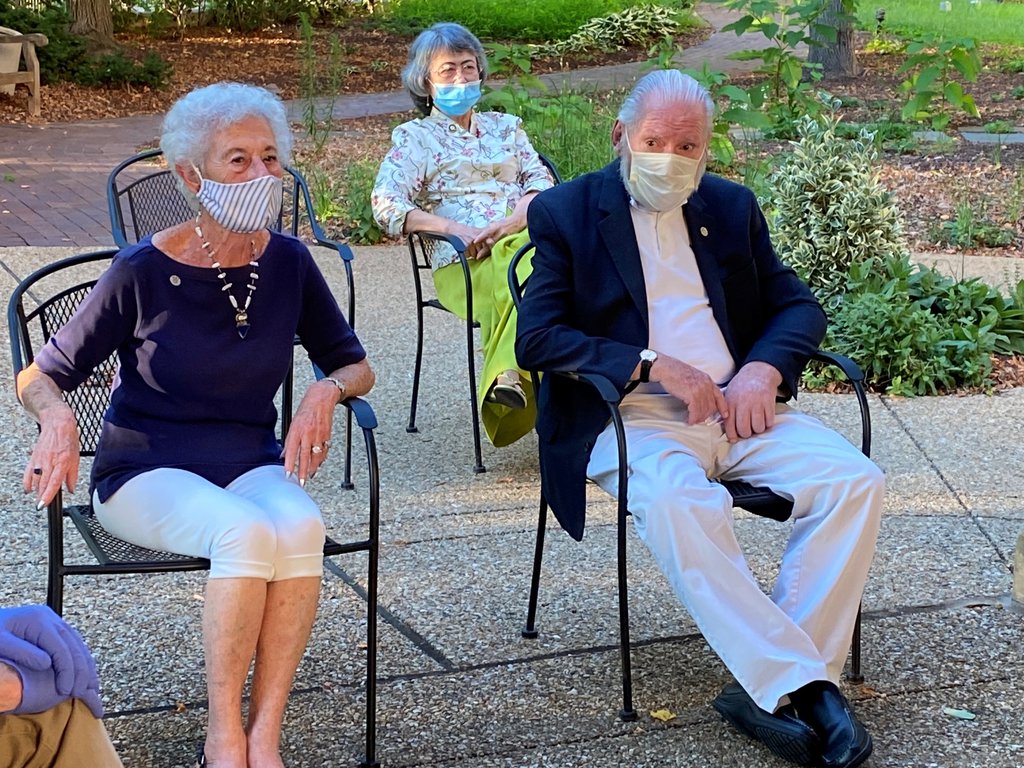 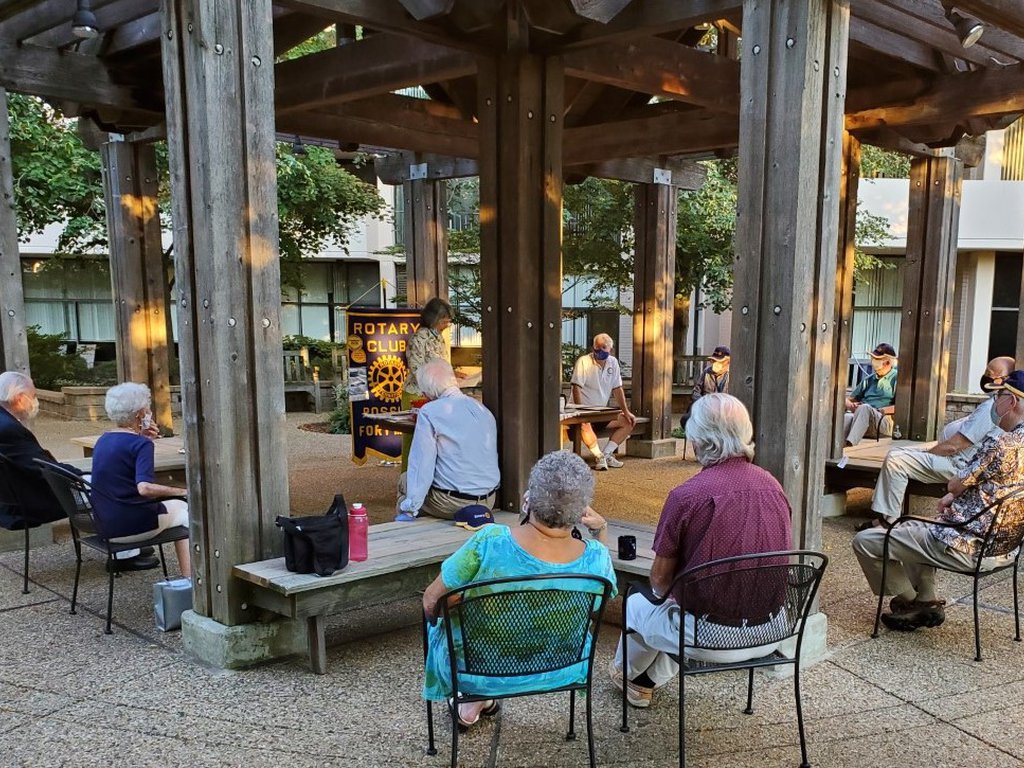 Tribute to Dr. Mert Bland, a charter member of the club, August 2020 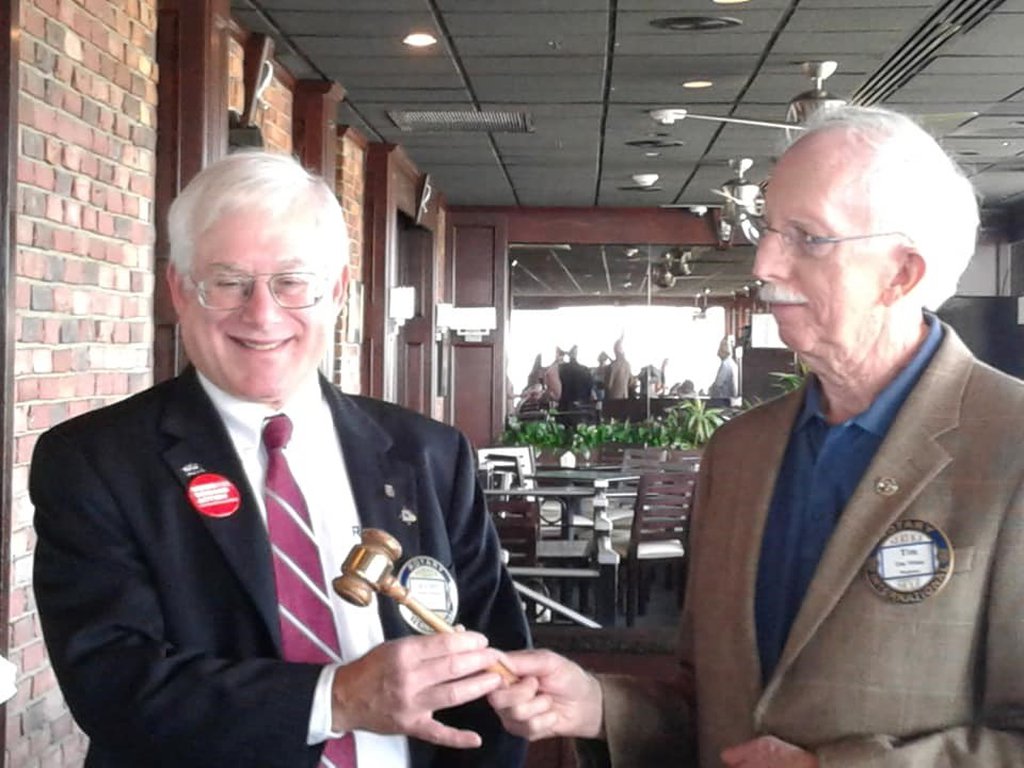 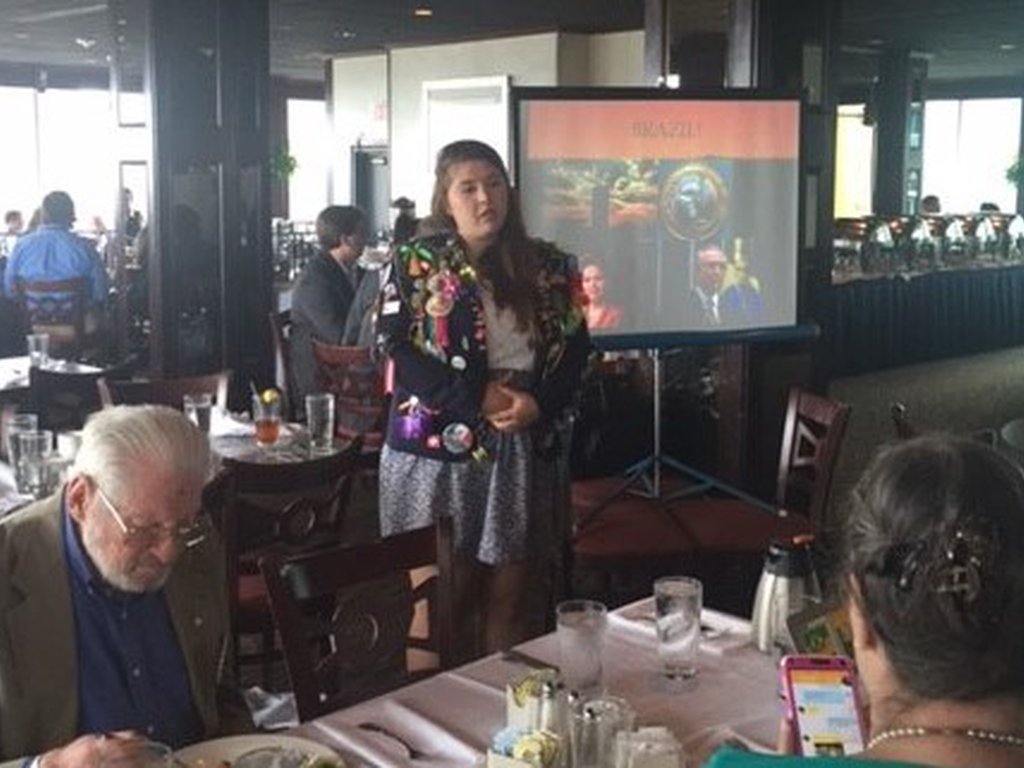 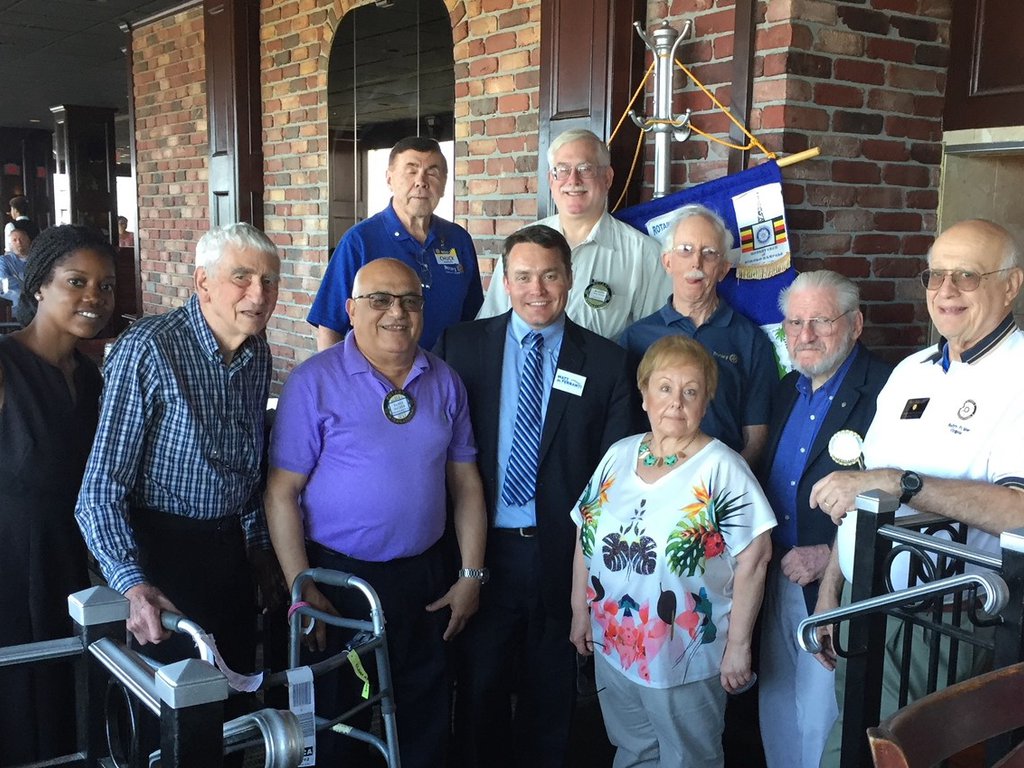 A Tuesday meeting group at the Vantage Point restaurant